Are you shopping anywhere, changed the color of your hair, are you busy?

The mushroom, fungus and other edible mushroom cultivation around the world are mainly used for cultivation materials such as forest trees, wheat husks and rice bran, and the cultivation period of the forest tree raw materials is long, which restricts the large-scale development of the bacteria industry.

In the present invention, wild and artificially cultivated grasses rich in resources are used in place of forest trees, wheat husks and rice bran to cultivate edible fungi and medicinal fungi, and wastes of edible fungi and medicinal fungi are used to produce high-quality high-protein feeds. It breaks the boundary between the traditional woody bacteria and grassy bacteria in concept, and breaks through the boundary of bacteria, grass, animal husbandry and other disciplines. It is a great change in the cultivation of edible fungi, and it has opened up a new generation of edible fungi and medicinal cultivation materials, which is conducive to the vigorous development of the bacteria industry and conducive to the protection of the ecological environment. The three major economic, social, and ecological benefits of bacterial production are organically combined. So far, 27 kinds of fungus can be used to cultivate 38 species of edible fungi and medicinal fungi. This is the most economical way for humans to obtain mushroom health foods and provide high-quality bacterial protein feeds for livestock. This is a comprehensive new technology pioneered by the international community with strong practicality, wide application scope, high economic benefits and good ecological benefits.

1. Fungi: Suitable for cultivation of edible fungi; Medicinal plants such as weeds, pastures, and seaweed are commonly called grasses.

2. Germplasm technology: the use of solar energy to synthesize grass, and then use grass cultivation of edible fungi, medicinal bacteria, culture of bacterial protein feed comprehensive technology referred to as grass technology.

Since 1983, researches on grass and grass technology have been carried out. Now we have screened, planted, managed, harvested, and processed the grasses and grasses, and cultivated edible fungi, strains of medicinal bacteria, breeding strains, cultivation techniques, and bacteria. The systematic research on the protein feed production technology and other aspects has formed a mature supporting new technology that can be applied on a large scale in production. The main contents are as follows:

1. Screening of grasses and grasses: The research has found that 27 kinds of high-yield and high-quality grasses can be used to cultivate edible fungi instead of forest resources.

2. It was found for the first time that 38 species of edible fungi and medicinal fungi were cultivated using the above-mentioned fungi.

3. It was found for the first time that DN2 mycelial proteins with high fecundity and high protein content could be used instead of wheat husks, rice bran to cultivate shiitake mushrooms, fungus and other edible fungi. Open up a new way of growing the nitrogen nutrition needed for edible fungus.

4. To study the high-yield and stable yield cultivation techniques for edible mushrooms such as shiitake mushrooms, fungus, and mushroom, which are compatible with the nutrition, nutritional structure and physical characteristics of the grass.

8. The annual cultivation of edible fungus at the factory.

10. The artificial cultivation and management techniques of fungus grass.

11. The manufacturing technology of the grass grinder.

Third, the application of broad

This technology was listed by the National Science and Technology Commission as one of the twelve major agricultural starlight projects of the state in 1991. It has been proved that the cultivation of edible fungus in grassland is low in input, high in output, short in period, quick in efficiency, and high in economic efficiency. Good "short, flat, fast" project with good ecological benefits.

(B) The main advantages, characteristics:

2. Change the weeds for the delicacy, change the waste into treasure, and change the damage to benefit. Developed and utilized the most abundant grassland resources in the world.

3. Cultivation of edible mushrooms with grass and fungi. Relieve the contradiction between edible fungus production and animal husbandry for grain.

4. High solar and biological conversion rates. Under the natural conditions of light, humidity, and heat in Fujian, the conversion rate of solar energy into grass is 4-6 times that of broad-leaved trees, and the biological efficiency of the cultivation of edible grasses in Yincao is 20-40% higher than that of mixed-wood cultivation. And the cost is reduced by more than 20%.

6. The cycle is short. Among them, the whole growth period of the cultivated shiitake mushrooms was shorter than that of sawdust cultivation by three weeks. The bamboo shoots cultured with the grass and grasses were mushroomed two months earlier than the wood chips cultivation.

7. The raw material is cultivated quickly and the yield is high. Planting in the spring can be used in the autumn, and only the broad-leaved trees can be cultivated for six to twenty minutes, and one-time planting can be done for many years. Such as grass, in the first year of artificial cultivation in the south of China can produce 4-5 tons of hay powder, and can be cut for many years.

8. The three major economic, social and ecological benefits are combined organically, and resources can be comprehensively utilized to form a virtuous cycle. In the soil erosion area, weeds, soil conservation, cultivation, and waste materials are used as fertilizers to form grasses - soil - bacteria - and benign fertility. In the pastoral area, a benign cycle of grass, bacteria, pasture and manure can be formed, which is conducive to achieving a virtuous circle of plants, fungi, and animals.

It can be produced on a small scale and on a large scale. It is suitable for both rural and industrial production. It can be applied in most countries in the world and in the border areas. Any herbaceous grass such as Manghi, Ashcroft, Prunus armandi, and Phragmites communis, there are pasture areas such as grassy grass and broadleaf gar, and they can be used in planting corn, sorghum, and wheat.

We can supply you with many types of Canned Fish: Canned Tuna in oil, canned tuna in brine, canned mackerel in Tomato Sauce, Canned Sardine in vegetable oil and so on. There are different sizes for your choice 125 g, 155 g, 425 g. OEM specification and brand are available. The shelf time is 3 years. Pls keep the goods in dry and cool place. 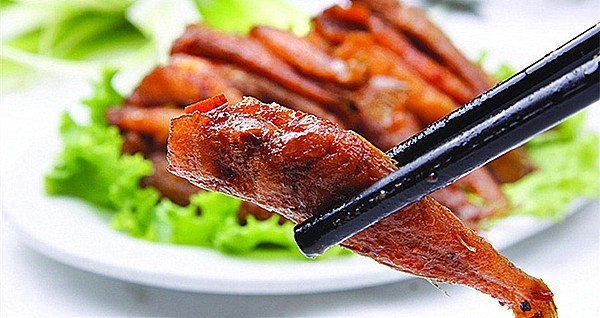